Big Name Retail Stores Who Filed for Bankruptcy in 2017

“I would personally like to thank Mr. Spiller for what he has done for me. He saved my house that my children & I have lived in for the last 22 years from foreclosure and I'm sure he would do for you as he has done for me.”
Request Your Free Consultation
Home » Blog » Big Name Retail Stores Who Filed for Bankruptcy in 2017 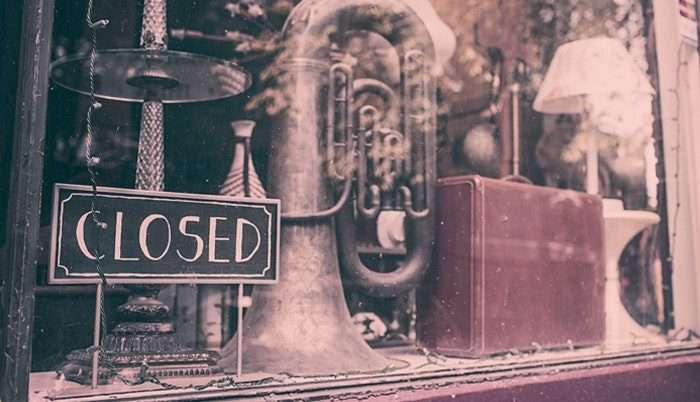 Big Name Retail Stores Who Filed for Bankruptcy in 2017

Thanks to more consumers shopping online and changing purchasing trends, more and more retailers are filing for bankruptcy to either save their sinking businesses or end them altogether.

After a mega-buyout in 2005 and failing to repay debts to vendors, Toys ‘R’ Us, filed for Chapter 11 bankruptcy just before the holiday season. The company managed to stay open during the 2017 holiday shopping season in both brick-and-mortar store and online, though sales were “rough.”

Sports retailer Michigan Sporting Goods Distributors (MC Sports) filed for bankruptcy early in the year. The company blamed the failure on digital resellers like Amazon and eBay as well as “changing consumer preferences.”

The New Jersey-based chain of women’s footwear stores announced plans to reorganize and reduce debts through liquidation and closures, though it would keep four of its New York and New Jersey stores open. From CEO Denise Incandela: “This restructuring will enable Aerosoles to become a stronger, more vibrant brand.”

After a September bankruptcy filing, Vitamin World Inc. agreed to an acquisition in 2018 by China’s Feihe International. Feihe will buy out Vitamin World for $28 million as no other bids were given to purchase the company.

Fragrance retailer announced plans to file for bankruptcy in August last year, and closed over 60 stores in order to reorganize around stores that were performing better.

Last summer, Alfred Angelo, a wedding and bridesmaid dress retailer, shut down 60 stores overnight after filing for bankruptcy. The chain informed current customers that it could not fulfill their orders, with refunds available via filing a claim with the bankruptcy trustee.

Payless ShoeSource announced bankruptcy in spring of last year, declaring it had around a billion dollars in assets and ten billion in liabilities. After filing, the company has plans to boost online sales to continue to compete.

Minnesota-based Gander Mountain was purchased by Camping World Holdings after filing for bankruptcy in March and closing its stores, claiming online sales eating away at its brick-and-mortar sales.

With over 100 stores and 100 years of service, Gordmans filed for bankruptcy in March. Some creditors earned better than others (around 5 to 10 cents on the dollar) with investors receiving a touching wave goodbye.

Founded in 1921, sales for the company peaked at the end of the century, following by bankruptcy 16 years later, and again two years after that. RadioShack closed over 1,000 stores nationwide, though about 425 are still operating.