“I would personally like to thank Mr. Spiller for what he has done for me. He saved my house that my children & I have lived in for the last 22 years from foreclosure and I'm sure he would do for you as he has done for me.”
Request Your Free Consultation
Home » Blog » New Jersey Dog Walker Receives $850,000 for Dog Bite Attack 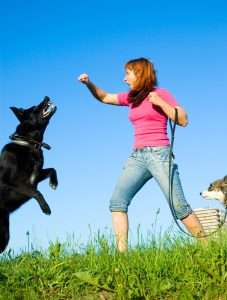 A dog bite can cause serious physical and emotional injuries. A New Jersey dog sitter recently received an $850,000 jury award for her injuries. The woman was dog sitting for a neighbor’s 80-pound dog when it jumped and bit her face. She was attempting to take the dog for a walk.

The woman says the dog pushed her against a chair. She sustained a chin scar because of the bite and back injuries from the dog’s attack. The claim states that the owner of the dog didn’t tell her about two earlier attacks by the animal.

Although a jury awarded the woman $100,000 in 2015, it determined no causal link between the dog attack and the woman’s back injury. During a second trial, a jury in Morris County believed the dog attack resulted in permanent back injury to the plaintiff.

Under N.J.S.A. § 4:19-16, an injured person may hold a biting dog’s owner liable—even if the dog never attacked before or even when the owner doesn’t know of prior incidents in which the animal “acted viciously.”

The state of New Jersey has a “strict liability” statute concerning dog bites. The New Jersey dog owner is responsible most of the time if the animal bites another person. The law is likely to hold him or her legally responsible even if he or she didn’t realize the dog might attack or even if he or she used “reasonable” methods and steps to restrain it.

New Jersey’s dog bite law is applicable to bites only. It doesn’t always apply to other dog injuries. In the above example, the dog bit and attacked the woman. The first trial considered only the injury she sustained from the dog bite. That said, an individual who’s injured by a canine may bring a negligence lawsuit in the state of New Jersey.

If you have been bitten by a dog in New Jersey, you may have the option to sue the owner under the state dog bite law. Damages such as medical bills, lost wages, and pain and suffering may be recovered.

If you have suffered other injuries by a dog’s behavior, you may pursue damages through the filing of a negligence claim. You need an experienced personal injury lawyer to bring a case on your behalf. Contact Brad Spiller, Managing Partner at The Law Offices of Brenner Spiller & Archer, LLP at 856-963-5000.