New Jersey Woman Hit by a Forklift at the Grocery Store

“I would personally like to thank Mr. Spiller for what he has done for me. He saved my house that my children & I have lived in for the last 22 years from foreclosure and I'm sure he would do for you as he has done for me.”
Request Your Free Consultation
Home » Blog » New Jersey Woman Hit by a Forklift at the Grocery Store

New Jersey Woman Hit by a Forklift at the Grocery Store 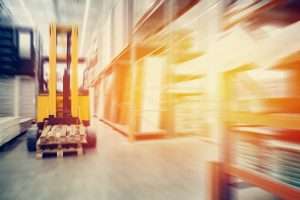 Personal injury cases in New Jersey are frequently in the news. A Ramsey, NJ woman recently filed a lawsuit against a corporate grocery store owner. She says that a forklift struck her when she visited one of the company’s stores in Bergen County.

What a horrific accident. We don’t know the corporation’s response to the lawsuit. A representative said he wouldn’t comment on it.

However, it’s relevant to mention that, in many personal injury cases in New Jersey, the negligent party (in this case, allegedly the grocery store owner) seeks to hold you responsible, at least in part, for injuries sustained.

If an individual does share liability, it will affect the total compensation received from the at-fault party or parties.

In a shared fault personal injury case, state law follows the modified comparative negligence rule. In other words, the total amount of compensation is reduced by a certain amount (equal to the percentage of fault you’re assigned for the accident). If the court says you’re greater than 50 percent to blame, you won’t be able to collect from another at-fault party or parties.

Did the woman at the grocery store potentially have any liability for the forklift accident? It seems unlikely, but we don’t know for sure.

However, take heed of one important law. The law mentions time limits for filing a personal injury lawsuit in New Jersey under NJ Rev Stat § 2A:14-2. You have just two years from the injury date to file a lawsuit against the negligent party or parties. If you’ve been injured, it’s extremely important to file your claim within the two-year window. After the two-year period ends, the New Jersey courts may refuse to consider the case. Your ability to claim compensation may be lost.